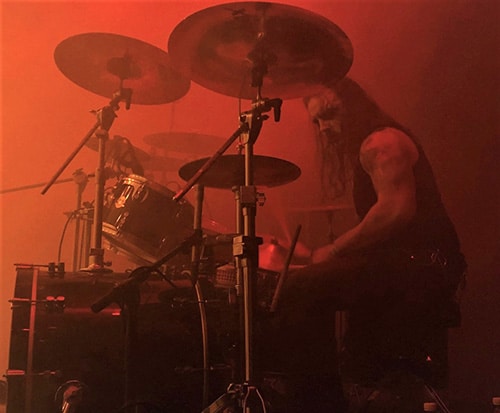 Elefterios Santorinios (Born 15.dec.1987), better known as Phobos, is a Norwegian/Greek artist from Bergen, Norway. Phobos is the drummer for Gorgoroth and Aeternus, as well as the composer, guitarist and founder of Gravdal.
His musical journey began at the age of 14 when he got his first electric guitar. After playing in a few bands in high school he joined as the drummer in his first serious band Malsain. At the age of 16 he signed his first record deal for Malsain`s debut album “They Never Die”.
Following the release of “They Never Die” he formed Gravdal. A black metal side project in which to showcase his talent as a guitarist and composer.