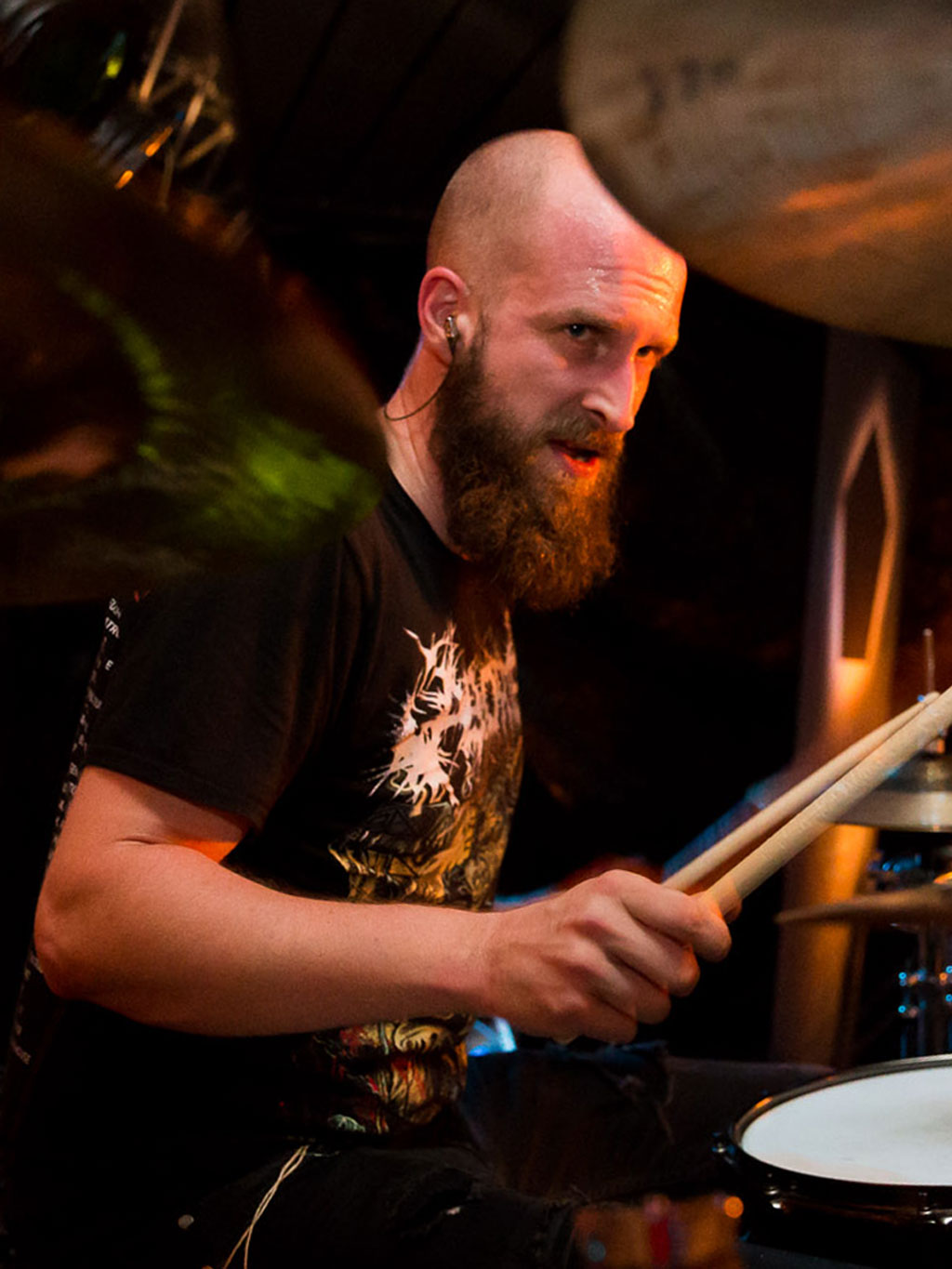 When Benny autodidactically started playing drums at the age of 10, he already knew that he wanted to become a professional metal drummer. Bands like Metallica, Black Sabbath, Iron Maiden or even rawer, more brutal stuff like Sepultura or Pantera – those were the bands that made him want to do the same things the drummers of those bands did: play drums – loud and aggressively, with a lot of energy, fierce double bass and with a fair amount of punk attitude. And that’s where his musical journey initially started when he joined his first bands in the mid 90’s – Hardcore Punk. In the following years, besides being a huge fan of classic US Death Metal already, Benny played in several bands from the Hardcore and Punk genres and departed on his first tours in Central and Eastern Europe, gaining experience as a live drummer and touring musician.

In the early 2000’s, Benny was finally given the chance to make his initial dream come true: Form his first Death Metal band. From that day on, Benny’s very own playing style developed even further and his playing abilities and skills improved rapidly. He quickly became one of the most wanted metal drummers in the region of his hometown Hannover, Germany.

In the last two decades, Benny played in about 10-15 bands and has recorded drums for at least 10 full-length albums, a handful of EP’s, and who knows how many demos.

With his current band CRITICAL MESS, Benny took his musical activities to the next level. The band has released two albums so far, “Human Præy” (2018) and “Man Made Machine Made Man” (2019) which have both received rave reviews throughout the online and print Metal media. To this day, CRITICAL MESS have completed two major European tours, alongside well-staffed bands like SIX FEET UNDER, SINSAENUM and HATESPHERE.

Now, in 2020, Benny happily looks back on major achievements in regard to his drumming career – playing shows at big festivals like the Wacken Open Air and Metal Days in Slovenia, collaborations with several enterprises from the drumming industry, or sharing stages with renowned drummers like Joey Jordison – just to mention a few.