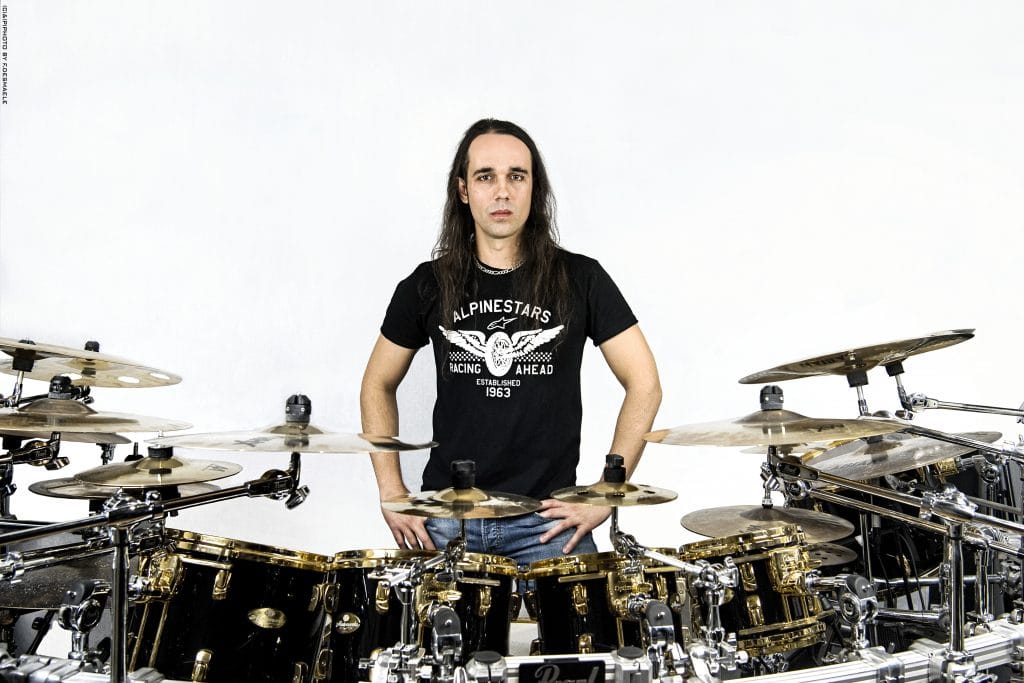 Born in Korinthos/Greece in August 1977, George got his first drum set at the age of 12 having already a 2-year background in music as a guitar player. His first drum studies started in 1990 with Vasilis Baxevanakis and he continued later on with the Greek jazz master Yannis Stavropoulos. He got his first band together in late 1990 under the name Extremity Obsession performing several local shows and recording 2 official demos, with George doing also the duties of the lead singer and music co-writer.
A few years later, George moved to Athens to join Nightfall and recorded 2 albums with them;
I Am Jesus and Lyssa – Rural Gods And Astonish Punishments. He also formed his extreme metal band Sickening Horror and recorded their first Promo-cd and their debut album When Landscapes Bled Backwards. Playing with Nightfall and Sickening Horror, George started getting the attention of drummers around the world gaining a very strong fanbase and at theIn August 2004 George joined Nile and moved to United States to start working on the band’s new album Annihilation Of The Wicked which was recorded 2 months later. Right after that George kicks off for his first World Tour visiting and performing in many countries around the world, including most of Europe’s biggest Metal Festivals such is Wacken Open Air, Graspop Metal Meeting, Hellfest etc. as well as Japan’s Loudpark and the legendary Ozzfest in the US. His work with Nile also includes the albums Ithyphallic in 2007, Those Whom the Gods Detest in 2009, At the Gate of Sethu in 2012 and What Should Not Be Unearthed in 2015, with George leaving a big impact in the band and establish his name as one of today’s top metal drummers.