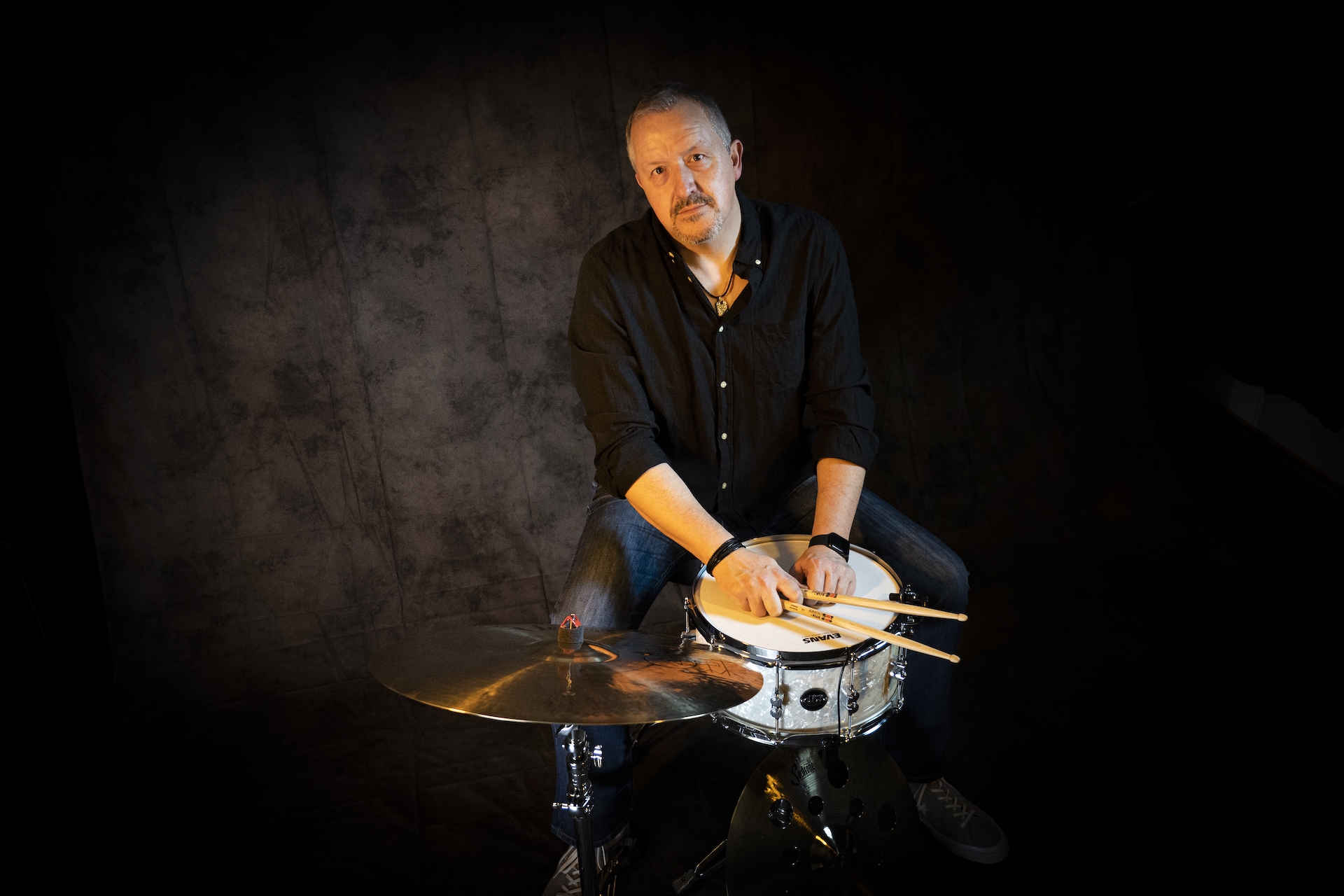 Stef began his career, like many before, on the pots and sofa of his parents. At the age of 16 he started his frst band and learned frst self-taught, later with Jim McGillivray, among others, who showed him to look for interesting ways away from rock.

In 1990 Stef joined KELLEY WILD and won with the band in 1991 at the NIEDERSACHSEN GOES ROCK- competition of SAT1-Nord, BILD, VW and radio ffn.

Also in 1991 Stef played for the sick drummer of the band "DIE SCHRÖDERS" on their debut CD "MUTTER HORCHT AN DEINER TÜR".

After 4 years with many gigs in Germany and Europe KELLEY WILD released "WILD FAMILY" in 1996.

From the end of the 90's Stef played in other bands and projects. With GROUPIE he released "MINIGOLFEN" in 2000 - some TV appearances (e.g. GIGA TV) followed.
Stef can also be heard on many productions of the Australian SIMON DREW aka SIMON CHAINSAW, with whom he made several appearances at POPKOMM in Berlin in 2007.
In 2016 KELLEY WILD released the third longplayer "FUEL FOR YOUR SOUL".

Currently Stef plays with DOGS ON LEAD and THE REULING STONES.